7 Most Influential Women in Fashion

March is National Women’s History month and we want to recognize major women in fashion who are iconic and legendary for their contribution to the industry. We celebrate these amazing women in fashion for their character, courage and commitment. The women listed below are not only strong, but in my eyes, true fashionistas.

Phoebe Philo – The face once behind the Chloé and now Céline has certainly made a name for herself in the industry. With tons of achievements within the fashion world, she is most known for her creation of the “Céline bag” which took the world by storm. Phoebe is quoted saying “I felt it was time for a more back-to-reality approach to fashion.” In 2011, she was a recipient of the International Award at the CFDA Awards for her awesome designs outside of the US. We commend Phoebe on her courage and her contributions to fashion.

Anna Wintour – Her name simply speaks for itself. She’s the current Editor and Chief of Vogue magazine, and the go-to for all things fashion. As a trustee of the Metropolitan Museum of Art’s Costume Institute gala, she’s definitely made her mark in the fashion world. Taking the event from good to better, she has attracted the who’s who of Hollywood and made the event a continual success. She steered the VH1/Vogue fashion awards and created the CFDA/Vogue Fashion Fund which helped jumpstart the careers of many well-known designers. Anna Wintour’s achievements and accomplishments has made her to be the most influential woman in fashion.

Kimora Lee Simmons – At the age of 14, Kimora broke into the modeling industry by working for Chanel under the leadership of the fabulous designer Karl Lagerfeld.  By 1999, she married Russel Simmons and created the Baby Phat brand which was a full line of fashionable urban women’s wear. By 2007, she was promoted to Creative Director of Phat Fashions which also included her husband’s brand Phat Farm and her brand Baby Phat. After tons of experience in the industry, Kimora became the Creative Director & President here at JustFab. We thank her for her leadership and commend her on all of her achievements. She is the mother of “fabulosity.”

Diane Von Furstenburg – Stating that she “accidentally fell into fashion,” Diane Von Furstenbergs’ resume speaks volumes about her creative genius. When she first started designing, she was all about creating a dress that the modern woman would love to wear, and that’s exactly what she did. She’s most well-known for her creation of the wrap dress which now has it’s own exhibit in Los Angeles, CA. With its 40th Anniversary occurring this year we say congratulations to Diane Von Furstenburg for the milestone that she has reached and the accolades that she truly deserves.
Image source

Donna Karan – With a rocky start into the industry, Donna Karan put in her dues to become one of the most well known designers in the world. Donna Karan started out working for Liz Clairborne and transitioned into a position with Anne Klein, where she eventually took over in 1974. A couple of years later, she was forced to leave the company, but also given the funds to start her own brand in 1985. She received multiple CFDA awards and was featured in Vogue, which all gave her recognition for her amazing work. Well known for her clean sporty designs, Donna Karan also created simply chic looks for both men and women, she created DKNY, Donna Karan and D by DKNY just to name a few. We are happy to celebrate her work as groundbreaking and a true statement to the fashion Industry.
Image source

Jeanne Lanvin – With tons of history in the fashion world, Jeanne Lanvin originally created her brand to please the masses that loved the clothing that she designed for her daughter. Featured in Vogue in 1912 as “Jeanne Lanvin, Interpreter of Girlhood,” she was the brain behind many original designs and styles in fashion, such as the bouffant dress, which many now know as a ball gown design. She’s recognized for not only female fashion, but also one of the first designers to create a fragrance line. With so much achievement in even menswear, lingerie, and fur design, she’s certainly a fashion Icon in her own right.

Coco Chanel – She’s an internationally known fashion designer that has a heartfelt story, starting with her birth into poverty, but she surely didn’t let that stop her. Opening her first boutique in 1913 with the help of her lover, her first designs were created from what she called cheap fabric. She continued opening boutiques allowing her creativity and design to get better with time. She created the internationally known fragrance Chanel No.5 in 1921 and debuts her first jewelry collection in 1932. In 1957, Neiman Marcus honored her with their award for Distinguished Service in the Field of Fashion. They also declared her as the most influential designer of the century. Even after her death in 1971, her designs are still being shown. She’ll always be well known for her major contribution to fashion but also for the quote “A woman should be two things, classy and fabulous.” 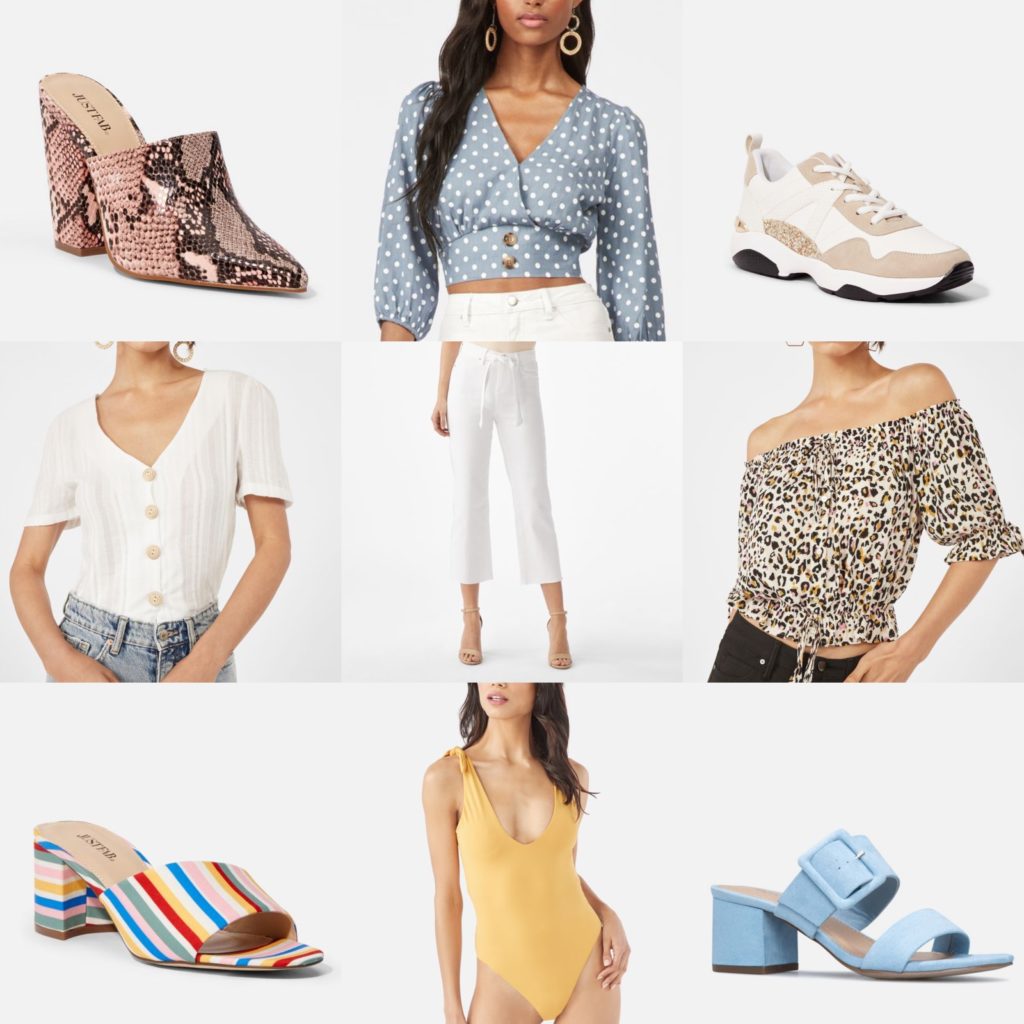 Fashion, Fashion Spotlights, Styling Tips, Trends
Our 5 Favorite Pieces From The May Showroom
May is just about over (we can't believe it either) and the girls here at JF headquarters have been living in their fave pieces from the May collection. Meet 5 of our most stylish staffers and see what they're currently obsessing over. Wearing the Ramones Band Tee Katie Boone|Assistant Buyer "I'm obsessed with band tees,… Read More
By Guest Contributor